If you are trying to reduce ‘chemicals’ in your life and then you need to know this formula.

In a nutshell, to get a clean result, you need those 4 elements. If you take one element away, then you need to increase one of the others.

Let us explore this with an example of doing the laundry. If you take away heat and wash in cold water, you need to increase chemicals, motion and/or  time.

If you want to  take away chemicals ideally you will need more heat, motion or time.  This is important to know when it comes to DIY cleaners, as hot water or heat will help you reduce the amount of chemicals you need to clean.

Think of the scene from Willy Wonka where Charlies mum was washing clothes in a big boiler. Historically heavily soiled clothes were washed in boiling water and soap, then it was stirred with a big stick to create motion or dragged along a wash board and then perhaps through a ringer.

The chemicals used in the old days were much more simple and not as toxic as todays concoctions, plus what was available was largely reliant on what part of the world you lived in. For example, Italy had oils for soap, but Washing Soda needed to be imported and was harder and more expensive to access.

Not everyone had the luxury of hot water too, just like my Aunty who pictured below used to wash her clothes in the town ‘fontana” or trough. This involved a lot of hard work, time and soap! But they got it done and somehow turned a menial task into a community event, which in a way is rather beautiful. 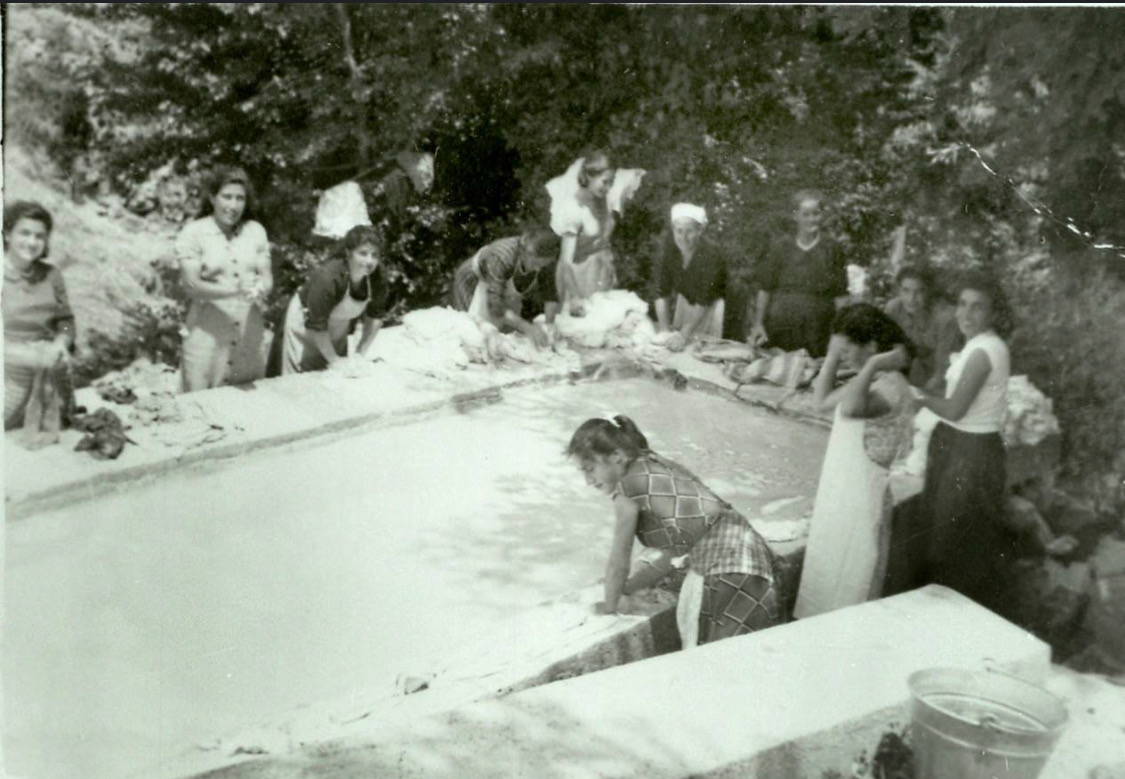 As we evolve, heat, motion and time have all been reduced for our convenience. We can wash effectively in cold water,  do super quick washes and our machines and detergent take care of the hard work. However, this convenience comes at a cost.

Any commercial detergent suitable for cold water has a bunch of extra synthetic ingredients to replace the heat such as a  bleach activator.

Now remember my Aunty washed clothes in the trough, so it totally possible to wash in cold water with DIY solutions but understanding the process and what to do will give you better results. Never give up and go back to the store-bought unknowns! So please check out  next  weeks article which includes tips for washing in cold water.

Thank you so so SO much for your comment, I am so glad you are enjoying the weekly blogs.

You are such an inspiration and advocate for the environment, we need more like you!

Analisa
Under Your Sink

P.S Percarbonate is the bomb, I have it included in my Laundry Powder so I have an inbuilt stain remover to cope with this messy household :-)

Hi
This is interesting to know. I use a washing ball plus a small amount of laundry powder made from your products. Works really well. Last week I added extra sodium percarbonate as I was washing some white tablecloths. Worked really well
Thanks for the weekly news. It’s good to keep in touch with other people trying to make change for the sake of the environment. Plus all you’re products work! I love them.

Please note, comments must be approved before they are published