The use of this sacred ingredient dates to about 3500 B.C. and its fair to say has passed the test of time.

A versatile alkali found in most commercial cleaning products. It works as a solvent, raising the pH of water which assists in breaking up grease and grime. It also softens water making soap more effective. 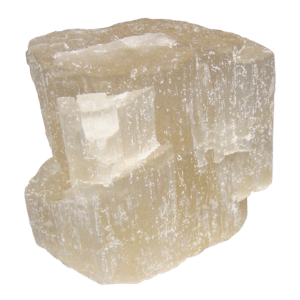 A white granular, anhydrous powder material. It is an essential raw material used in the manufacturing of glass, detergents, chemicals and other industrial products.

Although naturally harvested from minerals like Trona (the same as Bicarb) , it can also be made synthetically through a Solvay process. While both methods leave a footprint, synthetic washing soda is deemed far worst.

A white granular, anhydrous powder material. It is an essential raw material used in the manufacturing of glass, detergents, chemicals and other industrial products.

Although naturally harvested from minerals like Trona, it can also be made synthetically through a Solvay process. While both methods leave a footprint, synthetic washing soda is deemed far worst.

There are many reasons why you should use Washing Soda as a cleaning solution, but let's explore how you can use it around your home.

When it comes to handling this precious ingredient, common sense always prevails. Please do not eat it, or rub it in your eyes as it can cause serious damage. Best to work in a well ventilated area to avoid breathing in any raised dust. Just like adding salt to wound, it will sting! So if you are sensitive or have any cuts/abrasions try avoid direct contact. You can access a standard MSDS for Sodium Carbonate here.
Remember, every single thing on earth is made up of elements from the periodic table. Essentially, those elements define what something is.  Sodium Carbonate (Washing Soda) is defined by having the chemical structure Na2CO3. Which means it is made up of Sodium, Carbon and Oxygen.
One factor that gives Washing Soda its cleaning and degreasing power is that is has a pH level of 11, making it highly alkaline. This plays an important role in the function of cleaning which you can read about here.
Like most ingredients it is known by different names around the world, here is Australia we are likely to know it as Washing Soda and in the USA it's Soda Ash, while it has technical names too Sodium Carbonate or Sodium trioxocarbonate.  But let's be clear, Lectic Soda is a brand name and the ingredient is none other than Washing Soda.
In conclusion, Sodium Carbonate (Washing Soda) is a natural wonder and  fascinating ingredient. The Trona crystal from which it comes has been created over millions of years and stores a powerful energy, one that will cleanse spiritually as it cleans physically.

Thank you to the various sources relied upon the compile this article:

This article was updated on the 20th December 2020

Please note, comments must be approved before they are published